Home Nachrichten What can poultry farmers do to protect against Salmonella?

What can poultry farmers do to protect against Salmonella?

It is widely known in the industry that poultry can co-exist with Salmonella in their gastrointestinal tract with minimal impact on health and production. However, food safety and prevention of Salmonellosis for consumers is on every farmer’s mind since it is one of the main causes of foodborne disease in humans, resulting in elevated antibiotic resistance when it is treated. Therefore, preventing Salmonella colonization in the bird is important to protecting the food chain.

Increasing the risk of Salmonellosis

Between 2003-2014, a continuous reduction in the incidence of Salmonellosis in humans occurred. This was due to the implementation of several regulations at the European Union (EU) level (Figure 1) and local national Salmonella control programs. However, since 2014, recent reports by the European Centre for Disease Prevention and Control and the European Food Safety Authority are reporting human Salmonellosis cases are again on the rise. In the same period, a small increase in the consumption of eggs in the EU has also occurred. Today, it is not completely clear what the main reasons are for the increased human Salmonellosis cases in the EU. Are people becoming less conscious about the risk and neglecting basic hygienic rules? Are animals more susceptible to Salmonella colonization? Is Salmonella itself better adapting, and therefore more frequently present in the environment? Are changes in the poultry production process responsible? It is difficult to answer these questions with certainty, however, reducing the presence of Salmonella can resolve many of the issues before the questions even need to be asked.

When controlling Salmonella contamination in poultry and eggs, it is important to work on preventive measurements to reduce the incidence of Salmonella contacting the birds. Also, once contact occurs, to immediately reduce the risk of intestinal colonization and the systemic spreading to internal organs. To achieve maximum functionality against colonization, growth, and the invasion of Salmonella in the small intestine, Salbiotic combines ‘activated’ medium-chain fatty acids (MCFA) with lactic acid. This duo solution allows the components to work in synergy by providing an early antibacterial barrier in the stomach. First, due to its low pKa value and permeabilizing effect on the bacterial cell wall, lactic acid reduces the pH in the upper gastrointestinal tract and increases bacteria cell wall permeability. Second, MCFA—which have a low minimum inhibitory concentration (MIC)—are more effective in this low pH environment (Figure 2) at damaging the gram-negative bacterial cell wall, acidifying its contents, and blocking DNA duplication to impede the development of Salmonella. At concentrations in the feed below the MIC, MCFA reduce Salmonella’s virulence by downregulating hilA (a crucial gene for Salmonella to invade epithelial cells) and thus limit colonization of the small intestine.

Number of Salmonella typhimurium strains with MIC of (mM)

For an effective strategy against Salmonella, it is of utmost importance that the dietary approach does not intervene with other control measures, such as vaccination. A recent study performed by Agrimprove showed that in-feed MCFA (at the advised dosage) does not negatively affect the vaccination efficiency of chickens with live Salmonella bacteria. In this study, control feed and MCFA-supplemented breeder hens were vaccinated at one day of age by oral inoculation of Avipro®Salmonella Duo; a bivalent vaccine containing attenuated live S. Enteritidis and S. Typhimurium bacteria. The efficacy of vaccination was evaluated by determining the number of Salmonella bacteria in the caeca after vaccination at 6 and 13 days of age. No difference could be observed at any of the sampling points in neither S. Enteritidis nor S. Typhimurium counts in the caeca of birds of both groups.

To conclude, Salbiotic is highly effective at reducing the spread and colonization of Salmonella in poultry. It acts precisely, is safe to use, and is perfectly compatible with other control measures (causes no collateral damage on vaccination regimes), making it a unique element for any integrated anti-Salmonella approach. Reducing Salmonella presence in the flock is a practical way producers can protect the industry and consumer health. 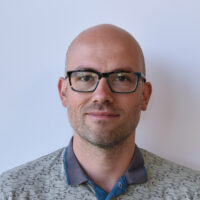