Hens are born with the potential to produce more than 3,000 eggs and can live for more than 10 years. For commercial poultry production, it is logic to improve the number of eggs laid by one individual hen. As there is not much to gain before peak production, without affecting liveability and performance, it is after peak production that breeding companies and the layer industry focus on improving the persistency of lay and prolonging the production cycles of hens that are actually still young.

Today, commercial egg producers, through advanced genetics and by focusing on management techniques—like stimulating the flock with synchronized lights—can realize better and more uniform growth rates. Because of these advancements, breeding companies have set new targets, reaching 500 eggs at 100 weeks of age. If this target is achieved, numerous advantages occur:

However, keeping flocks for a long time is a challenge for most egg producers. As the hen ages, persistency of lay and eggshell quality tend to decline faster than desired. This decline is due to several factors like sub-optimal management and nutrition, the presence of diseases, and decreased organ function of the medullary bones, liver, etc.

The importance of eggshell quality

Besides the total number of eggs, the shell quality also determines the number of saleable table eggs a hen will lay in a lifetime. Therefore, prolonging shell quality has a significant effect on the duration of the production cycle and on the profitability of the hen. In the diet, standard calcium requirements should be met for skeleton development, metabolic functioning, and sound eggshell calcification. Besides this, albumen quality is essential in providing the structural base for eggshell formation. As the albumen is secreted throughout the oviduct, it becomes surrounded by inner and outer membranes. These membranes keep the albumen centered and provide the surface needed to initiate the formation of the mammillary knobs to start the calcification process.

Hens age and the eggshell

As the bird ages, the relative thickness of the mammillary and palisade layers—as well as the intensity of contact made between individual mammillae and the shell membranes—varies. Similarly, the knob density decreases, causing an increase in porosity and reduced eggshell strength. Both parameters result in a heightened risk for human zoonoses to occur when hairline cracks are exposed to pathogens.

In addition, with layer age, the egg diameter increases and the egg weight raises. However, the shell weight does not increase in proportion to the egg weight. The shell will reach its maximum weight when the oviduct and shell gland is fully grown (around 50 weeks of age) while the egg weight itself will still increase after this time. This disbalance between egg size development and shell weight results in an increased risk of poor shell quality and more broken/cracked eggs. Depending on environmental factors such as the housing system, temperature control, packaging, and transport, this could result in more than 15% of downgraded eggs, reducing the profit per hen.

Measurements to maintain eggshell quality in the late laying cycle

Although sufficient calcium quantity in the feed is vital for meeting egg shell requirements, feeding a higher amount of calcium in late egg production has little to no effect on shell strength and can even result in weaker shells. This is due to the fact that absorption of calcium is not the main issue. Instead, the mobilization of calcium from the skeleton and the deposition of it on the internal shell membrane is typically the issue. Therefore, a different strategy needs to be applied than focusing on calcium absorption. One idea is improving albumen quality, as the albumen contributes to the formation of the mammillary knobs as well as to the further crystallization process.

Through their antibacterial effect and their immune-modulating activity, free active medium-chain fatty acids (MCFAs) can maintain and improve egg production and egg/day-old chick quality as the hen ages. By supporting a stronger shell, the risk of pathogens and human zoonoses is reduced. Besides these effects, MCFAs also favor the relative abundance of Lactobacilli, resulting in enhanced cecal fermentation and increased production of volatile fatty acids to supply energy to the epithelial cells. This improvement results in increased re-absorption of moisture in the ceca, leading to less wet litter and dirty eggs.

Several field trials have indicated that Shellbiotic, a product based on MCFAs and lactic acid, improves performance by both its natural antibacterial activity and by supporting the immune system. In a farm trial, Shellbiotic improved layer performance to increase productivity, decrease second-grade eggs, and improve the Haugh unit (a standard measurement of albumen quality and egg freshness).

The same result could be observed in a recent trial that was conducted on layers in Brazil between 64
and 72 weeks of age. Even though the Shellbiotic group had a higher feed intake per hen (109 g/hen vs.
107 g/hen) and lower hen day production (80.1% vs. 82.7%) before the trial started, once Shellbiotic was
added to the control feed, lower feed per egg (142 g/egg vs. 147 g/egg) was achieved at the end of the
trial (Table 2).

Although the time period for the trial was relatively short (8 weeks) the Shellbiotic group showed excellent persistency, with performance maintaining the level from before the trial while the control group showed a significant tendency to lower egg production. Additionally, Shellbiotic increased the albumen height and Haugh unit to improve internal egg traits (Figure 1). So, not only the number of eggs was improved but also the quality of the eggs; resulting in a better profit per hen.

With prolonged production cycles up to 100 weeks of age, flocks are subjected to more environmental risks (heat stress, diseases, feed quality, etc.) that affect their behavior, immune system, and metabolism to reduce both persistency of lay as well as egg quality. In order to meet these prolonged production cycle expectations and optimize the economic benefit, adding Shellbiotic to the layer feed is strongly advised from the point when the hen produces maximum egg mass. Shellbiotic supports both immune function and shell formation to result in a lower cost price per egg and a higher revenue per hen, allowing for improved profit. 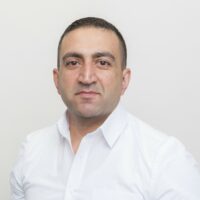