For the past 5 years, she has been working with Special Nutrients Agrimprove as the Swine Technical Director. There, Trujano is leading the search for knowledge about toxins—mycotoxins and endotoxins—and their impact on swine. With recent developments in endotoxins, she is one of the world leaders in their pathology and impact on animal health and company profitability.

During her presentation, Dr. Trujano discussed:

First off, the classic definition of an endotoxin is very confusing but even understanding the foundational concepts will go a long way in comprehending why gram-negative bacteria are so harmful to animals.

“An endotoxin is a natural pyrogenic component found in the outer cell membrane of gram-negative bacteria.”

Opposed to gram-positive bacteria, gram-negative bacteria have two cell wall layers, an outer membrane and an inner membrane (Figure 1). Within the outer membrane are endotoxins that are made up of Lipid A, a core oligosaccharide, and O-antigen. Lipid A is lipophilic, meaning it easily connects to lipid-binding proteins and is then transported across the cellular membrane and into the animal.

Gram-negative bacteria are naturally present in both the environment and the gut of all creatures. However, when there is an overabundance of gram-negative bacteria—a disturbance in the gut barrier function, administration of antibiotics, heat stress, or contaminated feed—there is increased cellular growth and/or death. This turnover allows for endotoxins to be released (lysed) from the membrane. In their free form, once they enter the systemic circulation, they are toxic and capable of inducing an immune response in the host. Endotoxins are not to be confused with exotoxins, soluble poisonous substances produced during a microorganism’s growth and released into the surrounding medium.

How do they affect pigs?

Though all gram-negative bacteria contain endotoxins, the impact or severity of the endotoxin differs. Factors that affect the intensity of endotoxemia include the type of bacteria/endotoxin, concentration, duration of exposure, age of the animal, nutritional/health status of the animal, direct or indirect interaction, as well as if there is a combination of toxins present. The type of exposure is also important, as endotoxins can be excreted in the feces, attach to dust particles, and then inhaled. This latter type of exposure is a risk for the animals and workers.

As mentioned above, endotoxins are pyrogenic components, which means they initiate an immune response in the body. Stress—heat, cold, lack of food or water—will cause a minor stress response in animals but if endotoxins are present (once transported across the gastrointestinal tract) they will initiate inflammation to trigger a leaky gut. When the integrity of the gut is compromised, more LPS and other gram-negative bacteria can enter the bloodstream. Once in the bloodstream, they may cause septic reactions with a variety of symptoms such as hypotension, microvascular occlusion, vascular instability, coagulopathy, fever, capillary leak, necrosis in ears and tail, mastitis, cyanosis, abortion, septicemia, multiple organ failure, and death. In essence, the endotoxins cause an over-immune response to already present gram-negative issues, causing deleterious effects on growth performance and reproduction.

As endotoxins are related to the presence of gram-negative bacteria, reducing bacterial contamination is the first way to lower their risk. In addition, following proper vaccination programs and providing immune modulators to sick animals can help reduce the risk of endotoxemia. However, the most recent scientifically supported discovery is with the use of a lipophilic toxin binder.

Early in 2022, Agrimprove announced how it scientifically demonstrated endotoxin binding capabilities in vivo with its mycotoxin binding solution. The trial was performed in the jejunum of piglets with measured levels of endotoxins administered. When the binding solution was added, key inflammatory measurements (IL-1 β, IL-6, and MCP-1) were significantly reduced compared to a positive control with no treatment. This reduction of pro-inflammatory cytokines confirms the toxin binder’s ability to bind endotoxins and, thus, prevent endotoxin-induced local production of inflammatory cytokines.

Endotoxins and endotoxemia in animals are quite common, the problem is that sometimes they are confused with septicemia. Endotoxemia is the presence of endotoxins in the bloodstream, whereas septicemia is the presence of pathogenic microorganisms (especially bacteria or their toxins) in the bloodstream. With the understanding of endotoxins still developing, some septicemias diagnoses could be endotoxemia. As discussed at EuroTier 2022, since gram-negative bacteria are always present, the use of a scientifically supported endotoxin binder to reduce the absorption of endotoxins is a practical solution for many operations. 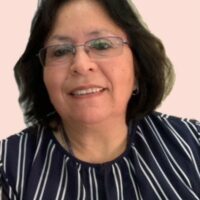