Addressing efficiency: Late-finisher solution in the US shows value globally

Two global cooperatives in the agricultural industry have worked together for over 5 years in the fields of research, product development, and business development. These cooperative giants are the Netherland-based Royal Agrifirm Group and the United States-based Land O’Lakes. Together they have several joint projects running and are creating one of today’s most remarkable successes in the field of functional feed ingredients and additives. After so many years of united work, we reflect on the impact this venture has had on the animal protein industry.

A recipe for success

Success between two international businesses is never a single solution, it is the blend of several important factors that highlight similarities and complementary areas between both companies:

PMI launched Ambitine® in 2016, a product positioned to improve efficiency during the late finisher period of pigs. Thanks to a significant improvement in the feed-to-meat conversion, daily gain, and carcass characteristics, it did not take long until this technology generated a high portion of the US-pig industry market share (>25%).

For most pig producers globally, late finisher efficiency and performance are important concerns, as animals are generally less efficient during this period. Due to this inefficiency, late finisher feed cost is critical to the total production cost of pork meat. A solution to this problem is improving efficiency and daily growth rate with technologies like Ambitine®. Next to a positive ROI, better feed conversion efficiency also leads to reducing the carbon footprint of pork meat production, which is a rising area of concern.

Agrimprove and PMI jointly decided to investigate if the excellent results consistently seen in the US can be repeated in the rest of the world. Therefore, teams simultaneously pursued registration and arranged performance trials at local production sites to make this technology available globally.

Even though some factors of pig rearing are similar in every region, there is no guarantee a technology has the same effect everywhere. In other words, it is not because Ambitine® improves late finisher performance in the US that the results will be repeated in other continents.

Factors like feed formulation, climate, housing, management, and genetics can cause performance variations in different regions. Even though the researchers were confident that the mode of action of Ambitine® is robust enough to show improvements regardless of all these variables, it was decided to gather more data under regional differences (i.e. Asian with a very specific high heat/moisture climate and Europe with its complex wheatbarley-soy based diets).(

When analyzing the figures, several observations can be made. First, and most importantly, the effects of Ambitine® are increased when pigs are delivered to the slaughterhouse later. In the trails where the end weight of the fatteners was higher (>120 kg), the effects on average daily growth (ADG) were more pronounced. This could be expected, as the mode of action of Ambitine® focuses on how pigs react to environmental stress factors. Heavier pigs experience higher intrinsic stress levels due to having less space, producing more heat and ammonia, and they are closer to maturity.

Second, it was found there is no added value in prolonging the period of feeding Ambitine® by including it in the diet earlier. By waiting to include Ambitine® until the animals are older, the total feed cost for performance is reduced.

Finally, there are indications that Ambitine® can positively affect meat and carcass quality, an excellent
added value for integrators and their consumers.

Today the global agricultural business sector is facing a peculiar market situation that is emphasizing the importance of finding synergies around the world. By bringing the knowledge and technologies of Agrimprove and PMI together, they offer solutions to make farming both profitable again and more sustainable. In the end, this is what is meant by ‘farming ideas’. 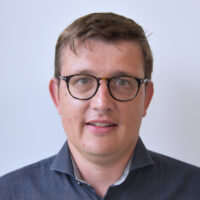