Feedlock® : feeling relieved from risks of ASFv during hard times

In times of economic uncertainty, on-farm biosecurity deficiencies can worsen the financial balance of pig farms. Therefore, mitigating virus dissemination requires to also consider the feed as a critical part of the circle of biosecurity. Using Feedlock® to protect feed for spreading ASFv is a natural solution that brings at the same time a release from virus risks in the farm and provide extra performances in animals.

During the last 2 years, people and industries have been seriously challenged because of Covid19. In fact, the world is even still struggling to get back to an acceptable situation that may not be “normal” before 2022 or 2023. However, when looking at pig production, we must admit that additional challenges such as African Swine Fever have made the picture even worse for farmers. African Swine Fever (ASF) has contributed to delays and low stocks in feed ingredients such as vitamins so as increased prices of complete feed. Finally, in a lot of pig-producing countries, low pork prices have caused producers to struggle with both the safety and the economic balance of their farms.

When it comes to preventing ASFv, investing in biosecurity remains the best way to prevent the entry of the virus in barns. It means, among others, quarantine for entering animals; pest control for birds, mice, insects; air treatment; good water quality; disinfection and good hygiene of vehicles and people (see figure 1). But did you also considered that a perfect closing of the biosecurity circle must take into account protection of feed, a proven vector of ASFv particles? What if we could help farms in getting relieved from part of the ASFv risk and, in the meantime, even increase farm profitability?

Joint work by PMI and Royal Agrifirm Group has led to the development of FeedLock®, a specific blend of free Medium Chain Fatty Acids (MCFA) with extremely high antiviral action. This solution is natural and without risks for operators, unlike other chemical mitigants such as formaldehyde. Research  confirmed the efficacy of Feedlock® against several enveloped viruses inducing PRRS, PED and a laboratory strain belonging to the same family as the virus inducing FMD. Because of the ongoing concern for ASF, the logical next steps have therefore been to investigate the impact of Feedlock® against ASF virus with 2 major objectives: 1) to determine the most cost-effective range of dose in vitro and 2) to demonstrate the benefits for pigs in vivo.

First, an in vitro evaluation was performed using a virulent strain of ASF virus incorporated at 105 HAD50/g (an infective dose determined with a referenced methodology) in presence of different MCFA-based solutions at different dosages, including FeedLock®. The remaining amount of viral DNA was quantified by PCR and compared to the amount in the positive control group (a negative group was also included in the experiment but is not presented as, logically, no viral DNA could be found in the preparation).

The study confirmed that, within different MCFA-based solutions, Feedlock® was the one with the lowest effective dose as an incorporation rate of 1.3 kg/T of feed already reduced the presence of the ASFv DNA by 89% vs. 60% and 40% for prototype 1 and 2, respectively (figure 2). Additionally, Feedlock® also ranked best at the highest tested dose (5 kg/T of feed) with a reduction of 96% of the ASFv DNA loads, equal to prototype 2 and two times better than prototype 1. Therefore, Feedlock® was confirmed as the best MCFA-based solution against ASFv, in addition to other enveloped viruses of pigs previously investigated. But can we also expect a protective effect in vivo?

This in vivo study confirmed in agreement with the in vitro tests that Feedlock® can prevent mortality due to ASFv. Contrary to the positive control, where 40% of the challenged animals died at days 6 and 7 of the study with clear symptoms of ASF and positive PCR results from the spleen samples, animals fed FeedLock® showed neither mortality nor positiveness in PCR tests after 14 days.

Feedlock® is not only a promising but now also a proven natural solution to specifically reduce the risks of spreading viruses like ASFv from feed to animals. It helps pig operating units to be relieved from one burden that comes on top of the current difficult times. By using a MCFA-based solution against viruses in feed, the animals also benefit from the well accepted effects of MCFA on prevention of potential pathogenic bacteria, improvement of gut health and immune stimulation that synergize to improve feed efficiency of animals and, finally, economic performances of farms. 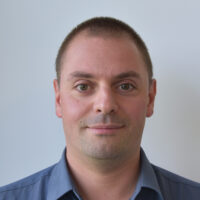