Home News Aromabiotic®, source of discoveries and benefits for livestock by MCFAs

Aromabiotic®, source of discoveries and benefits for livestock by MCFAs

Contributions of Medium Chain Fatty Acids in livestock production are continuously enriched by science. Research conducted by Agrimprove specialists confirmed recently the capacity of Aromabiotic® to increase the livability of white blood cells. This supports once more the reason of performances improvement in pigs on top of digestive health.

For some decades now, Medium Chain Fatty Acids (MCFAs) bring many benefits to living organisms and are of particular interest for the nutrition of humans, companion and livestock animals. Present in the oily part of, among others, coconut fruits, these fatty acids with a length between 6 to 12 carbon atoms (figure 1) can be found under various chemical forms such as bound to glycerol, esterified or, ideally, free.

These molecules are under the focus of research since the early 60’s and one could question the reason for such permanent growing and a long-lasting interest (Figure 2). Answer to that question is however very simple: the action of MCFAs in animals, for instance in pigs, is so diverse that new modes of action are continuously being discovered. Consequently, permanent research is needed to turn these biological and metabolic actions into concrete technical and economic benefits for farmers.

In Agrimprove, we farm ideas by working since more than 20 years on the modes of action of these free acids, especially Aromabiotic®, a broad-spectrum blend of MCFAs with applications in pigs, poultry, ruminants and recently, shrimps. The free MCFAs present in Aromabiotic® have several advantages compared to esterified or glyceride-bounds fatty acids. Concretely, the antibacterial action of Aromabiotic® starts as early as in stomach to prevent further entry of pathogens via the feed or the drinking water. The acidic environment of the stomach acts even as a potentiator of the antibacterial activity. In pigs around weaning, the focus is generally on Gram negative bacteria, very often associated with digestive troubles. This action against potential harmful bacteria is known since decades scientifically and probably since centuries empirically. Similarly, the benefits of free MCFAs on the improvement of gut architecture (villi length, surface for absorption, …) as a combined result of less potential harmful bacteria and local use of free MCFAs as energy sources for intestinal cells is largely accepted.

To date, if these positive and local actions are proven for Aromabiotic®, the contribution of MCFAs in systemic effects are observed on farms, with for instance less recourse to antibiotics for respiratory disease, but not completely understood. These actions are mostly indirect and, consequently, can hardly be elucidated by in vitro tests. On that regard, the systemic impact of MCFAs on the immune system is proven in humans and ruminants, but not yet described in monogastric livestock.

Thus, we investigated the impact of Aromabiotic® on the immune stimulation of newly weaned pigs of an average body weight of 4.7 kg at start of the experiment. The two comparable groups of pigs were fed classical diets, only differing by the incorporation of Aromabiotic® at 2 kg/T in the test diet. After 4 weeks of feeding, 1 average pig per pen was blood-sampled and the polymorphonuclear (PMN) cells were isolated by flow cytometry. These white blood cells’ viability was evaluated using relevant laboratory techniques to estimate the systemic immune capacities of the animals. As indicated in Figure 3, feeding Aromabiotic® to post weaning pigs increased by 60% the livability of the PMN, difference being statistically significant (p<0.05).

These results, associated with the extensive discoveries of last decades confirm that MCFAs have to be considered as a functional feed ingredient of high interest. The combination of local and systemic benefits demonstrated in pigs with Aromabiotic® makes it a first class partner in feed to increase profitability and perennity of pig farming. 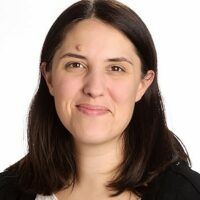