Home News Caring for immunocompromised dairy cows during transition, what can MCFA do?

Caring for immunocompromised dairy cows during transition, what can MCFA do?

The immunity of a high-producing dairy cow is under tremendous pressure around and after calving. Early lactation is characterized by a prolonged negative energy balance and large changes in dietary intake, leading to huge physiological stress and making the animals susceptible to metabolic disorders. Agrimprove developed Aromabiotic® Cattle to support immunity and ruminant health around calving, leading to improved milk quality and performance.

Maintaining a healthy status around parturition is an immense task for dairy cattle and farmers. Not only is a cow giving birth to new offspring, exposing her to a potential pathogen attack and a high immune response, but she also faces the added energy demands caused by the onset of lactation (Figure 1). In the first weeks of lactation, there is a rapid increase in production to reach maximum milk yield potential. Unfortunately, dry matter intake cannot match the high nutritional demand. To meet energy needs the body mobilizes its body reserves, which leads to a higher risk for developing metabolic diseases like fatty liver and ketosis. Moreover, dietary characteristics change as the cow shifts from a typical low-energy and high-fiber ration in the dry period to a diet designed to support the onset of lactation, one that is much higher in energy and lower in fiber. This shift in dietary composition triggers drastic changes in the microbial composition of the rumen. This microbial change leads to the release of lipopolysaccharides (LPS)—a type of endotoxin—which triggers the activation of the immune response, applying additional stress on the immune system after calving.

Farmers understand that the onset of lactation increases the number of cows with metabolic problems and reduced fertility. This period determines if the farmer removes animals from the herd to maintain farm profitability. Culling decisions are often based on underperforming milk production, failing health, or poor reproduction (a high number of inseminations needed). To determine if a cow should be culled, blood biomarkers can serve as a decision tool. For example, non-esterified fatty acids (NEFA) and beta-hydroxybutyric acid (BHBA) exceeding a certain threshold indicate an increased risk for developing fatty liver disease and ketosis, respectively. Strengthening the cow’s general health and immune status around calving helps to prevent the occurrence of these metabolic diseases, allowing for multiple healthy lactations. Increasing longevity is a sustainable solution to maximize the profitability of dairy cows and the income for the farmer.

Alternative biomarkers of the inflammatory response

There are many systemic markers in the blood that indicate an inflammatory response in the animal. Cytokines and acute phase proteins are typical molecules involved in the process. Inflammatory stimuli—such as tissue injury, pathogen infection, heat stress, and LPS—trigger an acute response, with the body reacting to restore the homeostasis of the animal as fast as possible. For example, once absorbed in the bloodstream, LPS binds to the acute phase protein LPS-binding protein (LBP). The LBP presents the LPS to immune cells, like macrophages and neutrophils (Figure 2). There, LPS binds to Toll-like receptors present on the membranes of these immune cells, such as TLR-4. This triggers the release of pro-inflammatory cytokines like TNF-α, IL-1β, IL-6, and IFN-γ. These cytokines induce a cascade of signaling mechanisms resulting in the secretion of acute-phase proteins like serum amyloid-A (SAA) and haptoglobin (Hp), which help restore normal functioning. Anti-inflammatory cytokines, like IL-10, can counteract an excessive response and help to balance uncontrolled activation of the immune system. All of these cytokines and acute phase proteins are alternative biomarkers that share insight into the immune status of the animals.

Agrimprove developed Aromabiotic® Cattle, a mixture of medium-chain fatty acids (MCFA) in the activated free fatty acid form. Years of research and field studies have shown the positive effects of MCFA by reducing milk somatic cell counts, indicative of an improved immune status of the animals. By stabilizing the rumen microflora, MCFA help create a healthy rumen environment. This leads to fewer LPS released, reducing activation of the immune system, and sparing energy to improve milk production. When absorbed, MCFA can exert a direct action as a ligand of G-coupled receptors (e.g. GPR84 and GPR40), giving feedback to multiple processes. This signaling could be partly responsible for the improvement in the cell viability of neutrophils.

Preliminary results from a recent experimental study at the renowned China Agricultural University in Beijing once again indicated an improvement of the metabolic environment of high-producing dairy cows while feeding Aromabiotic® Cattle throughout the transition period. Feeding MCFA reduced the NEFA and BHBA biomarkers of metabolic disorders. It was also found that they reduced the pro-inflammatory cytokine TNF-α and acute-phase protein SAA.

In conclusion, MCFA are able to support rumen health and strengthen the immunity of transition dairy cows. They help to prevent the occurrence of metabolic diseases, especially around transition, and promote multiple healthy lactations. By increasing longevity, Agrimprove provides sustainable solutions to maximize the profitability of dairy cows and the farmer’s income. 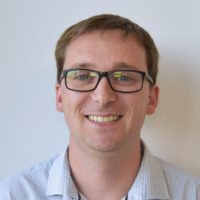